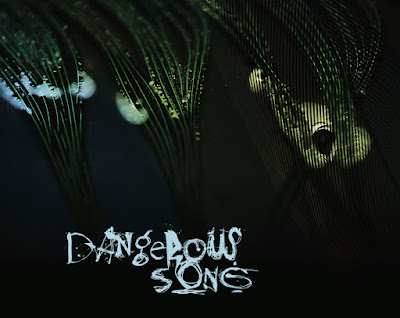 "Once upon a time there was a planet called Earth. During many millions of years a rich, complex and beautiful ecosystem developed with an incredible variety of lifeforms. Over time one of the animal species in this ecosystem became dominant and their impact on the planet was so massive that many of the other species could no longer survive and became extinct. We take up the story during this extinction period, but the story is not told with words, as words have fallen on too many deaf ears for too long and people have stopped listening."

This is a very timely, very important, deeply immersive work of truly inspired art. The live performance involves colourful images (still and moving) being projected onto a black box theatre containing a musician and a singer, both dressed in black, The musician uses Live Looping and a midi wind controller where breath, lip pressure and fingering control real animal call samples, the voices and sounds of a sonic Ark of endangered and extinct species. Thus a cast of hundreds is conjured up, among them the Kauai Oo and the Mexican Wolf, a Carnaby’s Black Cockatoo and a Blue Throated Macaw, a Ring Tailed Lemur and a Tasmanian Devil, a Blakiston’s Fish Owl, whales of varying shapes and sizes, a host of frogs and toads and the odd gibbon or two

The piece is part structured and part very much improvised. It combines the human voice with these sounds of endangered and extinct animals The human and the animal morph into one The singer weaves her voice through the musical landscapes and seascapes. This is ambient music in it's truest sense - when I listen at home with the doors and windows open, the sounds of the Australian bush outside seem to meld with the recorded music. Our dog jumped up and barked at one point, thinking the house was being invaded by strange wildlife

At it's core, "Dangerous Song" gives voice to a deep, deep sadness, distress and horror at what we humans are doing to the ecosystem we rely on for our existence. But the voice runs us through a gamut of emotions: From this deep sadness to the tender yearning of a Balkan Gypsy, and on to the operatic, ecstatic sounds of embodiment, a celebratory calling out to the void - together with the echoes back from the rainforest wilderness: "I am alive!" "So am I!"

The musician is Linsey Pollak, the singer Lizzie O'Keefe. Hopefully this Maleny-based duo and their fantastic technical and artistic support team will be able to bring their show to Bello one day soon. Ultimately, this piece is by Gaia itself: It is an inter-species, inter-being choral work, and these beings are singing for their very lives. If their calls don’t affect us then nothing will. More info: www.dangeroussong.com


Posted by Solomon Robson's Blogspot at Sunday, September 25, 2016 No comments: