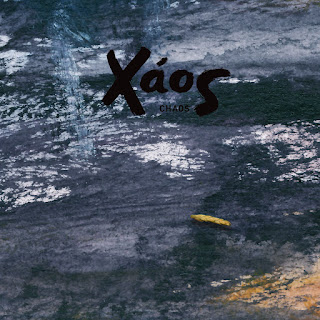 Rarely has a musical release been so sweetly timed. Billed as "Post-Troika Hellenic Trance Music", this latest collaboration by Nick "Dubulah" Page (of Transglobal Underground, Natasha Atlas, Dub Colossus and Syriana renown) called "Xaos" (the Greek word for Chaos) is one that has been gestating for about ten years.
Being half-Greek, Dubulah has long wanted to celebrate the musical traditions of his mother's homeland and, to that end, has been working on "Xaos" with Greek (but Australian-born) electronic musician, artist and composer Ahetas. The project has taken shape in fits and starts, as and when circumstances have allowed some of the finest Greek players of traditional instruments and the two main protagonists to be in the same place at the same time.

There are some common misconceptions around Greek musical culture. Most people outside of Greece would think of Bouzoukis, Nana Mouskouri, Zorba - and perhaps at a pinch Rebetiko. But Greek music has a rich five thousand year history. The instrumentation of "Xaos" reflects this perfectly with a Nay (Nose flute), Bul Bul (double flute), a Clarino (Greek clarinet), haunting Gaida (Greek bagpipes) and the exquisite Pontic Lyra. All of this is topped off with traditional Greek and modern-day Junk percussion,Â  a Double Bass, Dubulah's guitars, Ahetas' old-school ARP keyboards and both of their digital wizardy.

As one might expect from a piece of work that's taken ten years to come to fruition, the nature of the music is that it is not in a hurry to go anywhere. The lapping of the Mediterranean and some extraordinary chanted scales start us on our way on "Pontos Blues", with cameos by some of the aforementioned traditional instruments. This feeds beautifully into "Poreia Processional" which takes us on a slow march through ancient streets, the hypnotic music taking us to another place by virtue of an ever-evolving theme with minute microtonal changes along the way.

By the time we get to the dramatic "Antigone stin plateia syntagma" ("Antigone in Constitution Square") one can start to feel the tension in the air of the inevitable, imminent popular unrest at the crazy, punitive counter-productive austerity measures insisted upon by the Troika. How refreshing that this masterpiece of a CD arrives at a time when Greek society is under so much pressure to re-evaluate its relationship with Europe.

There is a peace and a confident beauty in this music. By the last three somewhat more ambient tracks it is anything but Chaotic, rather it achieves a certain serenity. The seemingly effortless fusion of ancient and modern Balkan ideas, tones, melodies and instruments echoes none other than the work of Mercan Dede on the other side of the Bosphorus. Maybe it is time for Greece to turn its back on Europe and re-discover its true cultural strengths and identity elsewhere?

Posted by Solomon Robson's Blogspot at Saturday, July 25, 2015 No comments: 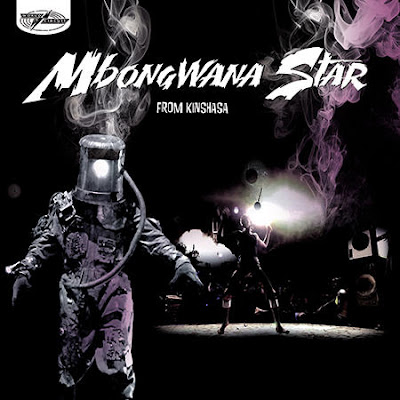 Every now and then, an act emerges that blows away any preconceived ideas of "genre" and creates something bold and shockingly new.

Mbongwana Star from the Democratic Republic of Congo is one such act and their debut CD "From Kinshasa..." is blowing away critics and audiences alike as they leave the poverty of their shanty-town homes in Kinshasa and begin their extensive world travels to promote it.

There are distorted amplification and repetitive beats here that are redolent of earlier exciting Congotronics projects, with thumb pianos and electric guitars put through all manner of electronic effects boxes made from old car parts and other junk. Indeed Congotronics' Konono#1 feature on the irresistable standout track "Malukayi".

Here are also the heart and soul of Congolese rhumba and soukous: Beatific, heavenly harmonies which give way to insistent, hypnotic, brooding rhythms and a bass that is sometimes bubbly and bouncy and sometimes so distorted it sounds like it's emanating from the very core of the Earth itself.

This mob emerged from the wreckage of Staff Benda Bilili: 60-odd year old Coco and 50-odd year old Theo plus three young and energetic Kinshasa neighbours have joined up with Irish Paris-based producer Liam Farrell aka Doctor L to create what the website blurb describes as "a trans-global barrier-busting sound machine".

The video for "Malukayi" is up on YouTube and well worth a watch - it features the one-kid walking art installation "Congo Astronaut" in his spacesuit of found objects, amid grainy black and white footage of the part disabled, part able-bodied band's manic neighbourhood musical "happenings". The resulting footage is like something from a David Lynch movie - unsettling, intriguing, insistent.....images and sounds that most certainly look to the future rather than dwell in the past.
Posted by Solomon Robson's Blogspot at Saturday, July 25, 2015 No comments: