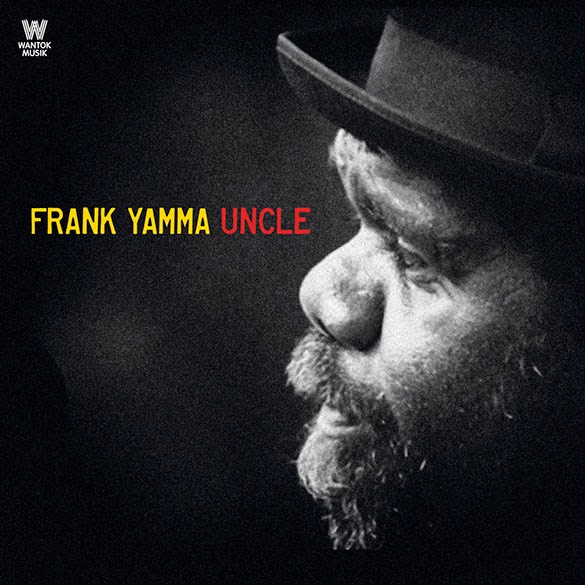 On the 30th November, there will be a very special garden concert at Osprey Drive, Hungry Head. It's another in the series of "The Global Vibe" gigs and we in Bellingen are indeed blessed, in that this one will feature one of Australia's foremost Indigenous singer / songwriters Frank Yamma. He's on the road to promote his new Wantok Music CD "Uncle".

He has played here before, performing a memorable gig with long-time collaborator / producer / mentor David Bridie at the Global when he was doing the rounds to promote his critically-acclaimed 2010 release "Countryman". His voice has such raw emotion that it can tear the listener's heart asunder, even when we are unable to understand his Pitjinjatjara language lyrics. He sings of love, travel, a sense of belonging and homesickness and the immense redemptive power of the songs on "Countryman" is repeated here on "Uncle". "I'll Be Back Soon" and "One Lonely Night" are two heartfelt songs that stand out immediately.

Frank is no slouch on the guitar, having as a small child absorbed his father Isaac's finger techniques. A batch of new street names were recently gazetted in Canberra to celebrate icons of Australian music. In amongst Amphlett Street, Slim Dusty Circuit, O'Keefe Avenue and Bronhill St is Yamma Way, to celebrate Isaac's contribution to Australian music. The elder Yamma regularly took his boys touring with him as he performed his popular indigenous language take on Country & Western music. So Frank is a natural performer from way back and it's great to see him at the top of his game and enjoying such well-earned success around the globe.

From the opening caws of a crow and the first bars of "A Blackman's Crying", to the unmistakeable early morning bush sounds of "Beginning of The Day", and the laughing kookaburra on the Cd's languid instrumental closer "Sunday Morning", we know exactly where we are - right in the dead centre of this land, going walkabout with Frank, which is what he dreams of doing when he's not busy touring  There's a quirky take on "Todd Mall" in Adelaide and a rolling, uptempo, joyful "Everybody's Talking" along the way.

While "Countryman" was something of a stripped-back classic, "Uncle" is much more of a polished, ensemble record. Apart from Bridie's deft touch on keyboards and production, there is the emotive cello of My Friend The Chocolate Cake musician Helen Mountfort plus contributions from leading Australian musicians Bart Willoughby, Michael Barker and Selwyn Burns. But it's that voice, that pain, those chords that ultimately get you every time.


.
Posted by Solomon Robson's Blogspot at Sunday, November 23, 2014 No comments: 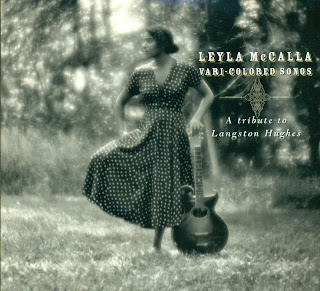 For a debut album by a young musician who is not overly well-known, "Vari-Colored Songs" by Leyla McCalla is a surprisingly mature release, perhaps because of her diverse influences and experiences.

Born in New York City to Haitian emigrant parents, Leyla grew up in New Jersey. When she was 8 she told her parents she wanted to learn cello and by the time she was in her teens, she knew she wanted to be a professional musician. As a teenager, she spent a couple of years in Accra, Ghana before returning to New York to complete a degree in cello performance and chamber music at NYU.

After college, she moved to New Orleans and, armed with Bach's Cello Suites, played on the streets in the French Quarter to earn a crust. She describes her move to New Orleans as the best decision she ever made. She felt instantly at home and it was there that she met the Carolina Chocolate Drops, with whom she toured for two and a half years. She regards this experience as her Master's qualification, teaching her how to do interviews and perform on the radio, and how to take care of herself when constantly on the road.

She has developed a sound with her cello that is totally unique - apart from using the bow, she strums it, finger-picks it and smacks the body for percussion. Which brings us to this debut CD. The album, which has been several years in the making, was given a push after a successful Kickstarter campaign in which she surpassed her $5,000 goal by four times to ultimately raise over $20,000. It consists of compositions she has written to Langston Hughes poetry, Haitian folk songs and original pieces. When Leyla was 16 her father gave her a book of the poetry of Langston Hughes, iconic African American poet. She was also inspired by Hughes' two auto-biographies and she describes him as having "a beautiful way of bringing complex ideas and history and culture into words that are very human and very simple and very-relatable."

There are many different moods evoked by the songs on this CD, from the dark introspective tones of "Girl", "Too Blue" and "Kamen Sa W Fe?" to up-tempo uplifting Haitian folk songs sung in the pidgin French of her parents' homeland, such as "Mesi Bondye", "Manman Mwen", "Latibonit" and "Rose Marie". The playing is always exquisite, with Rhiannon Giddens and Hubby Jenkins of the Carolina Chocolate Drops along for the ride, as well as New Orleans’ own Don Vappie on tenor banjo and Luke Winslow King on guitar. They all complement McCalla's own talents so well. But the standout piece is the opener, one of the Langston Hughes poems set to music called "Heart of Gold". It features a number of over-dubbed cello parts and simply gorgeous vocals by McCalla.


Posted by Solomon Robson's Blogspot at Sunday, November 23, 2014 No comments: