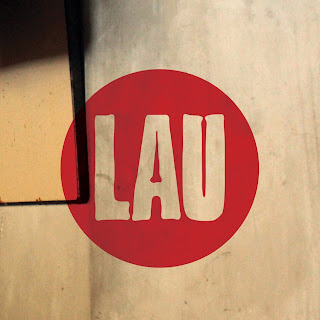 They're not massively well-known here in Australia, but LAU were one of the stand-outs of this year's Womadelaide Festival during their brief foray to these shores to promote their latest CD release "Race The Loser". This year's BBC Radio 3 Folk Awards have yet again recognised them as the best UK Folk band around, adding to a swag of accolades and awards they have accumulated since their inception in 2004.

What started as three friends sitting around a kitchen table in Edinburgh to play a few tunes together on fiddle, guitar and squeezebox has developed into something quite extraordinary. Their previous studio CD's "Lightweights and Gentlemen" and "Arc Light" established Messrs Drever, Green and O'Rourke as musicians' musicians with a tendency to push the envelope and bring elements of Jazz and Improvisation to the world of Folk.

But it is their teaming up with legendary Nashville-born Producer Tucker Martine (noted for his work with Sufjan Stevens, The Decemberists, R.E.M, Abigail Washburn and Laura Veirs) and the incorporation of sound-effects, tricks and techniques learnt through a collaboration with ambient electro pioneer Adem which have taken this CD to a whole new level. As Martin Green (who now somehow simultaneously plays accordion, keyboards and manages loops and sound effects in the live show) explains
"We learned an awful lot from Adem. Folk music can be quite conservative at times, but he worked in such a different way it opened a lot of things up and gave us permission to do anything. We have these additional tools and writing compositions that include laptop, effects and loops has become part of the process."

"Race The Loser" has more changes of pace and atmospheric flourishes than its predecessors. Aidan O'Rourke's fiddle is multi-tracked to great effect and Green's keyboards brought more to the fore in the mix. Kris Drever's Guitar and Vocals are used more sparingly and to much greater effect than ever. The somewhat sparse opener "Saint Monday" paints a sombre picture of a post-industrial wasteland. This gives way to a driving "Far from Portland" that - through it's use of percussive sound effects and a sonic meltdown - is unlike anything Lau have done before and is totally engaging for it's whole 8 minute duration.

"The Bird That Winds The Spring", "Save The Bees", "Torsa" and "Throwing Pennies" are all the sorts of Lau songs / tunes that you find impossible to get out of your head after listening to them a couple of times. But it is as a Live band that Lau really come into their own. In full flight, they are quite epic to behold - virtuosic and experimental in the extreme. Their mutual musical understanding and respect have created a unit that leaves audiences spellbound. Roll on the day when they get back here for a proper visit to share their awe-inspiring talents with a wider Australian audience. In the meantime the CD's will have to do. 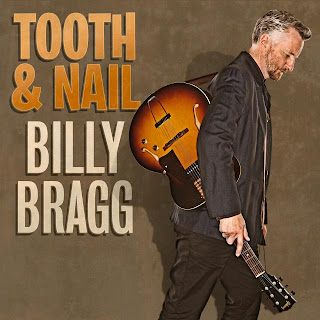 I've always been a fan of Billy Bragg's shtick. Those early 80's solo shows introduced us to his uniquely unselfconscious abrasive electric guitar style and his ever-so-clever lyricism - sometimes poignant, sometimes funny, often political and always incisive.
Anyone who can get away with rhyming "unrequited" and "a party to which I was never invited" is in my book a great lyricist. His poetic genius has been confirmed many times over the years - not least on 1988's "Workers Playtime" when he sang of his girlfriend telling him
"No amount of poetry would mend this broken heart,  but you can put the Hoover round if you want to make a start".

So Bragg has set a very high bar for himself. Maybe that's why it's been five years between drinks - 2008's "Mr Love & Justice" was a somewhat patchy affair with some real gems and some that didn't meet the high expectations he has created. With the release of "Tooth and Nail" it is apparent that here is a man in his mid-fifties who is absolutely at the top of his game. He's taken control of the means of production and using the internet to communicate with and sell directly to his loyal and extensive audience. He's taken off to the Californian sun and recorded a bunch of great songs with top producer Joe Henry and a bunch of very talented, mainly accoustic musicians. Greg Leisz's pedal steel guitar gives the project a genuine bluegrass feel that suits Bragg's present persona perfectly.

He revisits the Woody Guthrie songbook for "I Ain't Got No Home", a biting and highly relevant critique of the plight of the dispossessed worker in the depression. He penned "There Will Be A Reckoning" to express his disgust at the Neo-Nazi merchants of hate who tried to run for political office in his home town of Barking, Essex. He tries to sum up his own socialist beliefs by borrowing from the Bible in "Do Unto Others". "Noone Knows Nothing Anymore" tries to make sense of the "atoms spinning round and round deep down in the underground" and ends with "one head being banged against a wall".

He bemoans the fact that he can't be the handyman his partner wants him to be: "Don't be expecting me to put up shelves or build a garden shed, but I can write a song that tells the world how much I love you instead" is a line which must surely have won him brownie points with Juliet. But it's his wrestling with, and trying to get to grips with, the emotions that come with the ups and downs of a long-term relationship that are the most compelling songs - "January Song", "Swallow My Pride", "Your Name On My Tongue" and "Chasing Rainbows" all draw the listener back for more plays to peel back the layers of meaning. It's great to see and hear Billy in such fine form. He could even be talking to an Australian election year populace when, in the CD's closer, he sings "To the misanthropic, misbegotten merchants of gloom....Tomorrow's Going To Be A Better Day, we're going to make it that way"