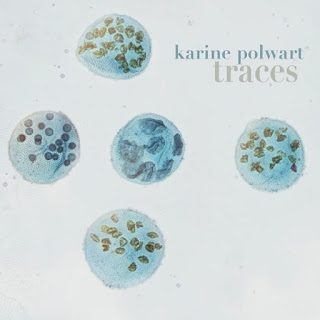 It has been a fair while between drinks for fans of Scottish songsmith Karine Polwart. Her new CD "Traces" contains songs that have had a 2-3 year gestation period during which they have been performed live and finely honed to perfection. The title refers to traces of things, people or places left behind when they are gone. The wonderfully poignant "Salters Road" is a eulogy for a beloved 90 year old neighbour who passed away. "Strange news" is a song written in a state of disbelief on hearing of the sudden death of a cousin. There are also eulogies to particular places and what makes them personal to Polwart. There is pure poetry in the lyrics of Polwart's songs, words which wash over you and leave vivid imagery in their wake. The instrumentation and voices are sparse and sweet. Often it is the space in between the sounds which speaks volumes. Brother Steven Polwart plays guitar, Inge Thomson plays accordion and both harmonise beautifully with Karine's own voice. The sound is augmented by such instruments as Indian harmonium, Shruti box, piano, clarinet, flute, trumpet, marimba and other percussion. It is a distinctly accoustic and analogue feel on the whole and the overall feel of the album is life affirming and uplifting. "Don't Worry", "Cover Your Eyes" and "King of Birds" all have great political relevance. All 10 songs are cut and polished gems where layers of sounds build to dramatic and cinematic effect. Most definitely one of the best releases of 2012.
Posted by Solomon Robson's Blogspot at Sunday, December 02, 2012 No comments:

Email ThisBlogThis!Share to TwitterShare to FacebookShare to Pinterest
Bending The Dark - The Imagined Village 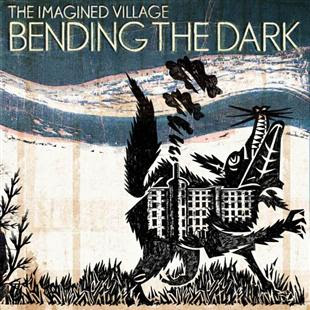 It's five years since Simon Emmerson took a break from the Afro Celt Sound System to embark on a new venture called The Imagined Village. Recognising the multicultural balti that England had become, Emmerson brought together an extremely diverse bunch of musicians to help bring English Folk kicking and screaming into the 21st Century. There have been quite a few personnel changes along the way to this, their third CD, and these changes have only added to the spice and variety of the project. This incarnation has brought together English Folk legends Martin Carthy and daughter Eliza, Jackie Oates, sitar player extraordinaire Sheema Mukhterjee, dhol drummer Jonny Kalsi, and the rock steady drum and bass duo Andy Gangadeen and Ali Friend, together with a red hot brass section. The set opens with Jackie Oates and a sweetly sung but sad and perfunctory finger-in-the-ear story about the heartless slaying of "The Captain's Apprentice" on a ship bound for Spain. It segues into "New York Trader", which introduces the whole ensemble with a brightness and communal vigour that we haven't quite heard in their previous releases. The schedule of writing together, playing live, then recording and then touring to promote the CD seems to have paid handsome dividends. Some of the tracks, such as "The Guvna", have great immediacy - Lush arrangements, with touches of dub and drum & bass and bursts of dhol drums, are overlaid with fiddles and sitar. But for the first few listens, some of the songs don't quite gel - there is so much going on that there is a danger of it all becoming just too muddy. But perseverance pays off. While not as immediate as the first two releases, Bending The Dark is a complex, adventurous work, with twists and turns and layer upon layer of rewards in store. The best example of this is the 12 minute title track which finishes off the CD. Written by Mukhterjee as a commission for the River of Music Festival that was held during the Olympic Games, it plays on the theme of "bending the dha" (a note on the sitar) and with time signatures that thoroughly test the ensemble, it is a remarkable celebration of the modern day multicultural nature of England.
Posted by Solomon Robson's Blogspot at Sunday, December 02, 2012 No comments: