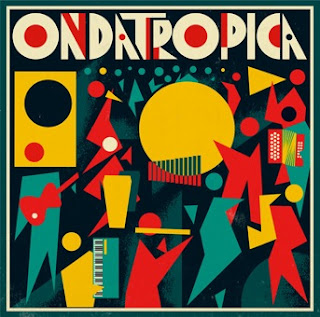 In the same way that London has its legendary Abbey Road studios, and Kingston Jamaica has its Studio One, Medellin in Colombia has Discos Fuentes. An iconic record label and studio since 1934, it is sometimes referred to as an Afro-Colombian Motown. Discos Fuentes was instrumental in introducing African-based genres such as cumbia, fandango and porro to the wider world. In January 2011, English DJ and producer Will "Quantic" Holland, long-time resident of Colombia, teamed up with local musician Mario Galeano ( of "Frente Cumbiero") to convene at these antiquated analogue studios with forty two of the country's leading musicians, young and old to see what musical magic might happen. They invited musicians who had worked there in the 50's and 60's golden era of Colombian music along with the best and brightest of the younger generation. The takes were live onto 4 track tape. Arrangements were written and improvised on the run. But the musicians were all equal to the task and a lush sound resulted, indicative of a very cohesive, co-operative atmosphere for those two frantic weeks of recording. The Brass arrangements in particular are to die for and the percussive drive has a punk-like energy at times. To keep us on our toes, for example, there's even a drunken ensemble version of Black Sabbath's "Iron Man" There are ska, raps, beatboxing and dub sensibilities merged gloriously with the old-style Afro-Colombian genres - the serenading of the sixties Colombian crooners, such as Michi Sarmiento and Markitos Micolta - and all interwoven with the silky accordion of Anibal 'Sensacion' Velasquez. These younger musicians are realising a dream and playing - live - with their idols in these most legendary of surroundings. There are so many classic tracks on this double CD. My own favourite is "3 Reyes de la Terapia" which mashes up marimbula, accordion and beatbox in a manner never before seen or heard in a Colombian recording studio. It was the final recording made for the LP, laid down on the last night before all the gear was packed away. It has a melancholic not-wanting-it-to-end feel courtesy some beautifully atmospheric analogue reverb and sparse instrumentation. The two producers talk in the liner notes of wanting to create "an atmosphere of true musical discussion, learning and exchange". This they do in spades. But the FUN they had along the way is what is totally infectious. It would be fitting if this release does for Colombian culture what Buena Vista Social Club did for Cuban.
Posted by Solomon Robson's Blogspot at Sunday, September 23, 2012 No comments: 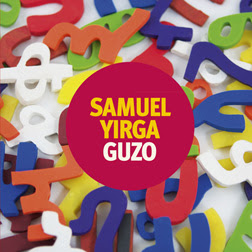 The joint venture between British and Ethiopian musicians called Dub Colossus has been a firm favourite on the Local Global Show for three years now, with "A Town Like Addis", "Addis Through The Looking Glass" and the remix CD "Dub Me Tender" all being quite extraordinary releases by Real World Records. The keyboard player with Dub Colossus is the precocious talent Samuel Yirga. Now in his early twenties he has only been playing piano since the age of fifteen, when he was one of only three out of two thousand applicants to secure a place at the Addis Ababa Music Academy. His parents disapproved of him being a ne'er-do-well musician, but he was quite driven and would practise for twelve hours a day. Eventually the Academy asked him to leave when he persistently refused to perform the classical music that they insisted upon, in favour of more contemporary EthioJazz compositions that he preferred to play. "Guzo" is his first solo CD and is one of the standout releases of 2012. Partly recorded in Addis, partly in London and produced by Nick Page (of Transglobal Underground fame) there are four distinct elements to it. First up, there are some solo piano pieces with his own distinctly Ethiopian filter. Then there is some traditional Ethiopian music with a Jazz tinge, recorded with local Addis musicians - the one stringed violin and plaintive singing plus Fender Rhodes bass. "The Blues of Wollo" is quite outstanding. Thirdly, there is some full-on postmodern BeBop Jazz, sometimes fierce and in your face (with some wild saxophone parts) and at others very introspective and considered. Finally there is the soul / funk crossover fusion from Western music that has inspired him from the 70's and 80's, which features a great brass section and some wonderful harmonies provided by the Criole Choir of Cuba. This is music that is richly layered and textured, taking the listener through a whole gamut of emotions. It is music from the heart but also, at times, highly complex cerebral stuff. Recent research in Canada using Sting as a guinea pig has shown that composing and performing, and also just listening and dancing to, this sort of music can fire up the neurons in one's brain, releasing dopamine, serotonin and oxytocin galore. Great added value indeed for the price of a humble CD!
Posted by Solomon Robson's Blogspot at Friday, September 07, 2012 No comments: