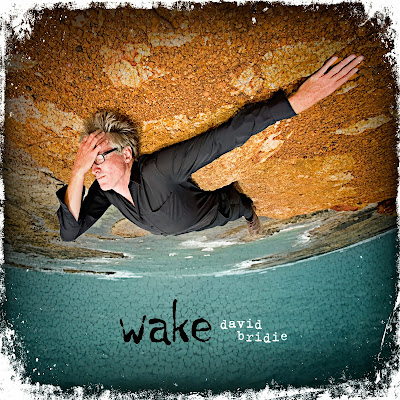 It's a crying shame that Bellingen is missing out on David Bridie's 2013 tour to promote his recent release "Wake". He has been here before in several incarnations to great acclaim, most recently a couple of Global Carnivals with Frank Yamma and George Telek.

Apart from being a prolific artist in his own right, Bridie has long championed indigenous music from our region through the Wantok Foundation and record label. It is good to see him now in his own solo career, circumventing the tyranny of the Record Company A&R people by using crowd-funding to help finance the creation and recording of "Wake".

Instead of the album that the record company thinks he should create, here we have the one that he's been threatening to make for years, the one that's totally from his heart. It is a thing of beauty, even down to the artful sleeve and liner notes. In promotional interviews, he has explained that he chose the title for its many meanings.

We can be awakened, we can have a wake when someone dies and we can be in the wake of someone or something. Bridie's previous three solo Cd's, as well as a bunch of "Not Drowning Waving", "My Friend The Chocolate Cake" and Soundtrack albums have always featured quirky wordplay, and subject matters that make you think about issues. This new release is in the same vein. Intriguing titles such as "Dr Seuss is painting in the sky", "The shortest day of the year" and "Stoned in Kabul" draw the listener in, and Bridie gets to wax lyrical about such varied matters as wars on foreign soil, lovers growing old together, dementia and our nation's shameful treatment of refugees.

The video for "Delegate" is challenging stuff, with a Department of Immigration public servant becoming so distressed at having to deny refugee status to so many that he sets fire to himself in the office to the horror of surrounding work colleagues. For this CD and tour, Bridie has teamed up with his fellow "Not Drowning, Waving" band member John Phillips and it is Phillips' abrasive guitar work that gives the more angry songs their emphatic edge. On several of the songs it appears that Bridie has completely relaxed and discovered new registers to his voice, a Nick Cave-like depth to his voice that lends itself to much more varied tones and textures than we have heard in the past. Apart from a host of indie stars helping out, there is also a sign of things to come with young Stella Bridie providing sparkling backing vocals that complement her Dad's so perfectly on four of the songs.

Not least of these is the CD's closer, and probably my favourite track just for the impish sense of fun that imbues the recording - made in a log cabin out in the Victorian bush, it features the banjo picking of one Anthony Morgan and is a haunting reinvention of the old Hank Williams classic "I'm so lonesome I could cry". Sure, David Bridie can still pen a tune that you find yourself singing several times a day. But it is the sign of a confident and mature artist that he can create such nuanced colourful soundscapes by what is left out. It is the silences and spaces that mark this album's greatness. I get the feeling that in years to come this will be regarded as an Australian classic. 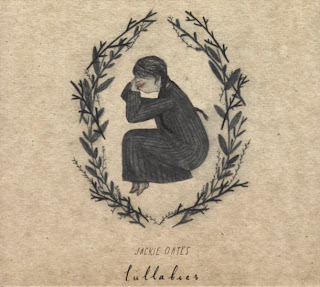 There is something about a good lullaby that can have a very primal, calming effect. English Folk singer and musician Jackie Oates has long been fascinated by them, being struck by the way that adults can hear a lullaby and have very strong childhood memories and feelings. This new album is a collection of her favourite lullabies and sleep songs, found in old song collections, books and recordings - and, particularly if you have small children to calm down in the evening - I can heartily recommend investing in a copy.

Jackie Oates has long been a firm favourite on the Local Global Show. She has folk music in her DNA and first came to world-wide attention with Rachel Unthank & The Winterset. Between 2006 and 2011 she released a series of four solo albums to great critical acclaim - "Hyperboreans" and "Saturnine" being the most recent and most feted. Along the way she has won an array of awards and been involved in a number of side projects, two of which have featured in these pages before.

She was an integral part of The Cecil Sharp Project and is now a permanent member of The Imagined Village, re-inventing English Folk with an infusion of multiculturalism. But with this new solo project, she has really come into her own. The intrumentation is always gentle and sparse and she has chosen some great musicians to accompany her on this journey. There's Belinda O'Hooley on piano and Barney Morse-Brown on cello as well as an Icelandic string quartet which creeps in from time to time to great effect. Oates herself plays violin, viola and shruti box.

The CD opens with a cracker: "Dream Angus" is a well-known Scottish lullaby about Angus, the Celtic god of dreams, and the arrangement is quite beautiful. We then have two short "Dandling Songs" of Swedish origin - to be sung while dancing your baby on your knee. Next up is "Waiting For The Lark", one of her own childhood faves, often sung by her folkie family. There are also a couple of sublime Icelandic lullabies contributed by guest musicians during dark winter's night recording sessions in Reykjavik.

Oates has found and dusted off some real gems that have long been hidden away in historical song collections, and she uses the words of Shakespeare, AA Milne and Thomas Hardy to great effect in three songs. There's even a fine traditional Australian lullaby "Little Fishes / The Rainy Day Fisherman".

One of the most successful - and surprising - song choices is the quirky and insightful "Junk" by Paul McCartney, written while he was in India with The Beatles and recorded on his 1970 solo album. While not strictly a lullaby it has a lilt and rhythm that seems designed to soothe and calm and it's a perfect fit for this collection.

The strongest, most arresting song is the Cd's closer - "Sleepers Awake", sung with great tenderness by Oates and the talented Chris Sarjeant. It is acapella apart from the hum of the shruti and is a brilliant rendition of the 1969 Incredible String Band classic. I imagine you'll be enjoying some peace and quiet by the time you get to the end of this CD. I'd be very surprised if your little ones weren't asleep halfway through "Dream Angus".