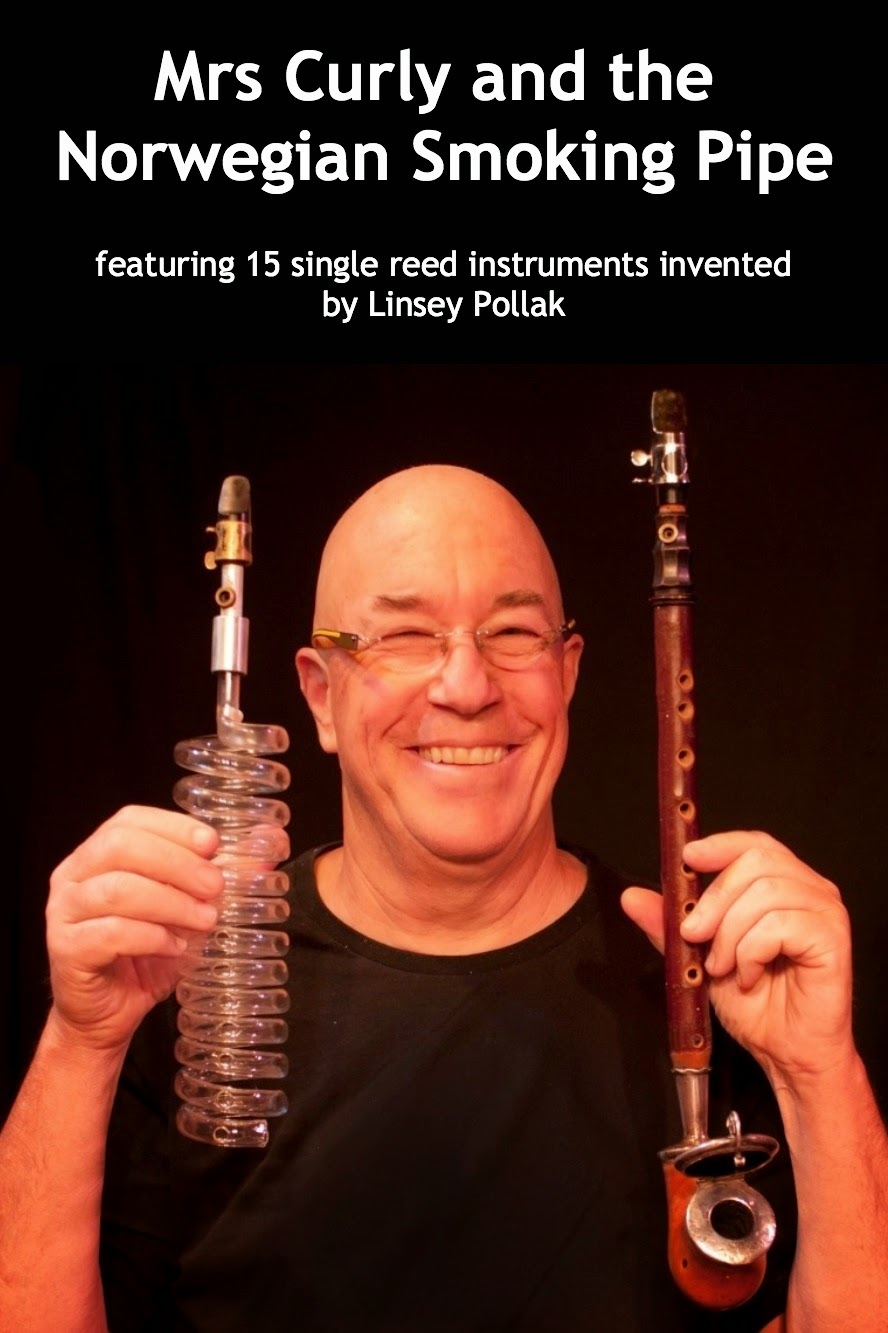 If you attended any of the Bellingen Global Carnivals of yesteryear, chances are that you saw or heard Linsey Pollak in one of his many musical incarnations. You might have seen him alongside Ross Daly as one part of  "Slivanje" or as one half of his duo with Tunji Beier "DVA" . It might have been his "Frog Music" interactive performance piece in which the audience themselves could randomly trigger the tuned sounds of endangered frogs with water guns.

Or, like me, you might have been awestruck by "Knocking on Kevin's Door" in which Kevin the Roadie (Linsey, of course) wandered around the stage creating surprisingly wonderful, soaring sounds from mike stands and gaffer tape which were then put through digital loops. Another memorable show, "The Art of Food", featured Linsey as a French Chef, making wind and percussion instruments from fruit and veggies, his use of a drill to fashion a clarinet from a carrot causing a buzz around the festival.

From 1990 to 2014 Linsey toured the world with these solo shows featuring the live looping of music made from all manner of found object instruments, from feather dusters to watering cans, hose pipes to rubber gloves, from bicycles to the kitchen sink (literally). But for forty years now, away from the stage and back in his workshop, he has been honing his skills as an instrument maker. Inspired by the Hungarian tarogato he has made and perfected the saxillo, a conical bore wooden soprano saxophone. He has also invented and crafted "Crow", a narrow bore bass clarinet made from an Australian Rainforest timber called "Crow's Ash", an instrument which has an other-wordly depth to it's sound. Then there's the clarini - a keyless clarinet made from the Australian timber Gidgee, which lends itself well to Linsey's more ethereal pieces.

The tours de force in Pollak's armoury of instruments would have to be "Bella", "Donna" and "Mrs Curly", the glass instruments he has created in collaboration with the extremely talented glass artisan Arnie Fuchs. Looking like spiral equipment made for scientific experiments, in Linsey's hands these narrow bore glass inventions become contrabass clarinets of the deepest profundity imaginable.

This CD and accompanying 40 page book are a joyful (and educational) combination of all of the fabulous creations Linsey has come up with over the years. A fruition, if you like. It is evident that a lot of love has gone into this self-published, crowd-funded project. The 16 tracks of music are all seriously good. The recordings are top quality. And the musicians who make up the ensemble are seriously talented. On "plucked strings" is Philip Griffin (his bass playing is sumptuous); Louise King contributes some cello-playing that takes Linsey's music to a whole new level; and, as always, Tunji Beier plays his South Indian and Sri Lankan percussion to perfection, and surprises with his sensitive dexterity on a full drum set. His cymbal solo in "On Alert" is simply exquisite.

This last piece features the Norwegian Smoking Pipe of the title, the most recent addition to Linsey's family of instruments. Some long-lost Norwegian cousins recently caught up with Linsey and presented him with the ornate smoking pipe that once belonged to their and his great great grandfather, knowing full well what would be it's fate. He widened the 4mm bore to 8mm, thereby removing many years of nicotine tar. With a soprano sax mouthpiece and some perfectly placed holes (Pollak only had one go at getting it right!) it is now a thing of sublime musical beauty.

If you would like to make contact with Linsey about this fabulous new release, his website is the place to go: www.linseypollak.com - However, a word of warning - make sure you go there when you have plenty of time as you might get lost in the maze of Pollak's zany creativity and totally caught up in the playfulness of it all.

Posted by Solomon Robson's Blogspot at Sunday, March 01, 2015 No comments: 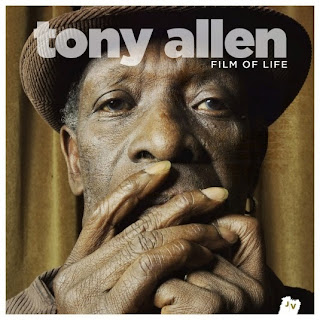 Every now and then, while filtering and sorting through new music for 2BBB's weekly two-hour Local Global Show, I come across a track or a CD that leaves me totally gobsmacked. From the fresh perspective of the New Year, one such discovery has firmed up as the undoubted album of 2014, in my books.

It is "Film of Life", the recent masterpiece from septuagenarian Nigerian legend Tony Allen, who was the percussive force behind Fela Kuti and who is the drummer accredited with introducing Afro Beat to the world in the sixties and seventies. He's the man who has been referred to by Brian Eno as "possibly the greatest drummer the world has ever known".

He is one of those more remarkable artists who has never stood still. Always open to collaborations, always shape-shifting through assorted musical genres (from dub, to space jazz, to international pop) but always firmly rooted in his native Yoruba and other Pan-African rhythms. Early on, as an 18 year old technician at Radio Nigeria, and later playing with Fela Kuti in various groups, he developed a unique understanding of the western drum set. Inspired and informed by American Bebop drummers such as Art Blakey and Max Roach. His use of cymbals, snare and tom toms has a trademark unhurried, laid-back quality that runs right through this new, 10th solo release.

The sunny, uplifting AfroBeat backline is there; The funky brass lines; The insistent, jagged rhythm guitar; The tinkling, cascading keyboards: All of these combine to dare you to stay still. In Allen's own words "I’ve always thought of my drums as an orchestra. I like to create a melody with my drums when I play. I like to make them sing" .For "Film of Life" he certainly succeeds in this. He's joined by an array of renowned and supremely talented musicians, young and old, African and European. Manu Dibango and Kuku are among them.

His long term friend Damon Albarn is also heavily involved, lending his lead vocals to one of two tracks on which Allen implores potential refugees from Africa to think again before taking that perilous "Boat Journey" across the Mediterranean, rather to "Go Back" to work within their local communities to try to make things better. The production team, a trio of Paris musicians by the name of the Jazzbastards, create a mix of crystal clarity, the mass of voices and instruments always separated beautifully.

Posted by Solomon Robson's Blogspot at Sunday, March 01, 2015 No comments: