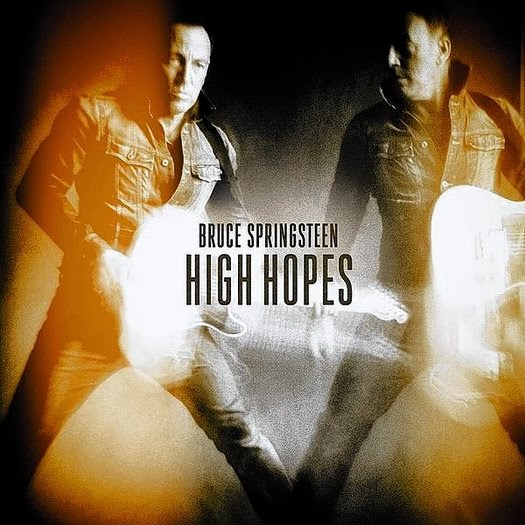 It was apparent at Bruce Springsteen's Australian gigs on last year's Wrecking Ball Tour that something was afoot. He normally puts on an exhausting three and a half hours for his fans and there tends to be a tingle in the air due to the feedback loop he creates with his somewhat devoted audience. For the Down Under leg of the mammoth world tour Steve van Zandt, his long-time lead guitarist and back-up vocalist, was otherwise engaged filming the latest series of his quirky TV show "Lilyhammer" in Norway.


Springsteen called up Tom Morello (Rage Against The Machine) as van Zandt's replacement and creative sparks flew. With the likes of Jake Clemons (Clarence's nephew on saxophone) and Michelle Moore (backing vocals, occasional rap) already adding their youthful energy, the E Street Band avoided becoming a tired pastiche of itself and has instead evolved into something new and fresh altogether. The best example of this was the new, electrifying version of "Ghost of Tom Joad", which left audiences gob-smacked. Thankfully, here it is on "High Hopes" in all its glory.


This new CD has Morello's imprint on seven out of twelve tracks, providing exciting fresh production ideas and masterful guitar work. You would never have known it, but he talks of being terrified at having to learn Springsteen's entire back catalogue in a hurry, knowing that handmade request signs from the audience are always taken on stage and incorporated into the night's set list. One year on, he is now centre stage with one of his idols, seemingly a fixture in Springsteen's band.


"High Hopes" is billed as out-takes, covers and new versions of old songs, but for all that it does seem to hold together well. The title track is up first, a real barn-stormer of a cover which makes full use of the big brass section and massed backing vocals that were all so fabulously in synch, mid-tour when this recording was made. Then there's a driving, edgy "Harry's Place" with Springsteen's phrasing and characterisation reminiscent of "The Wild, The Innocent and The E Street Shuffle" from back in the seventies, but with Morello helping to propel it very much into the present.


"American Skin (41 shots)" is up next, with its brooding beginning and anthemic chorus. it is the first time this old live favourite has been included on a studio release and again Morello's input gives it a fresh lease of life. It's a harrowing and salutory story of Amadou Diallo, an innocent young West African immigrant in the Bronx who was shot 41 times by NYPD plain clothes officers when he reached into his pocket for his wallet.


"Just Like Fire Would", the old Saints song is another great cover sounding like a Springsteen-penned singalong. Chris Bailey & Co will be fine with that, I'm sure, as the royalty payments pick up. "Frankie Fell in Love" is a big dollop of fun, and "Heaven's Wall" a full-tilt gospel workout which will undoubtedly play well in big arenas. The latter suffers from some over-simplistic imagery as does "This Is Your Sword", with its Irish folky Seeger Sessions sound (lovely Uillean pipes and all). But when did cheesy imagery ever worry Bruce or his audience? Ultimately, both are uplifting, affirmative inclusions - songs about the redemptive power of love.


"The Wall" is a contemplative look at the black marble Vietnam Veterans Memorial Wall in Washington, remembering and missing one of his old New Jersey mentors and buddies who went MIA in '68. "I read Robert McNamara says he's sorry" sings Springsteen. "Apologies and forgiveness got no place at all here at The Wall."


The CD closes with something quite unexpected - a harmonium's drone and lush strings: the atmospheric intro for Springsteen's popular cover of NY art-school band Suicide's "Dream Baby Dream". Pure ear worm stuff, which echoes in your brain long after the record has finished. Here is the youtube clip of it which features a collage of the emotion-charged faces of audience and band members from the Wrecking Ball Tour and gives us a preview of what's in store for lucky Australian punters with Bruce's return visit in February.

Posted by Solomon Robson's Blogspot at Tuesday, February 04, 2014 No comments: